Search for Death Records in Illinois

Our comprehensive guide to the death records in the state of Illinois will help you in finding death records as well as provide you with relevant information about the deceased and the life they lived. 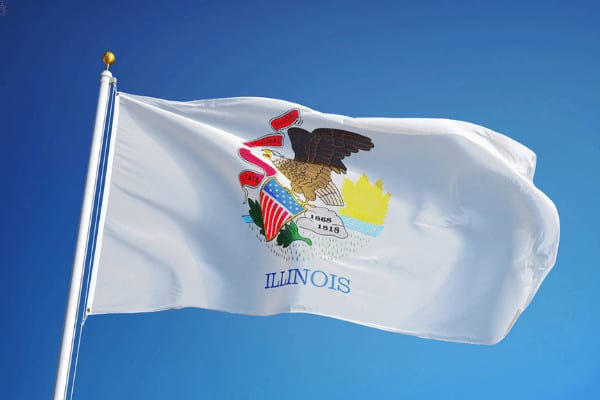 In the state of Illinois, death records are not considered public records; they are only available to individuals with a property right or personal interest with the deceased. Property right is owned property that is tangible for instance a property deed or a car. If an individual is not the decedent’s relative, a legal document or letter from the agency or office requesting for the death certificate should be provided. In Illinois, the Department of Public Health (Vital Records Division) offers two types of death certificate copies; a certified and an uncertified copy.

The 1787 founding of Northwest Territory was inclusive of the Illinois land which later became part of Indiana in 1800. About a decade later, the territory was re-established and the area acquired statehood in 1818.

A majority of the counties in the state of Illinois started holding death records after 1877. Before 1916, these records were filed and kept only by county clerks. The copies of death certificates and other records that are included in Illinois’ pre-1916 historic death index (statewide) can be gotten from the Illinois Regional Archives Depository System. This is in a case where the IRAD keeps the county’s death records or if the records are obtained from the county clerk.

The Illinois State Genealogical Society has come up with a service to help researchers and members who don’t have easy access to the State Archives to get a hold of death certificate copies. Usually, they retrieve the copy of the death certificate from the state Archives and send it to you via mail for a fee. For genealogical purposes, death records are available for deaths that happened at least two decades before the request date.

In the state of Illinois, death records start off as private records then they become publicly available 20 years after the record file date. There are restrictions to obtaining death certificates for individuals who passed on within the last 20 years. Below is a list of people who are eligible to request for a death certificate: 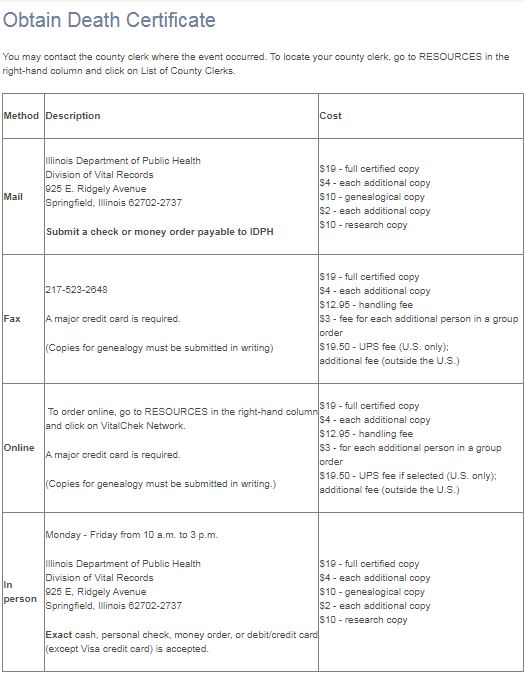 How to Find Illinois Death Records

Obtaining Illinois death records from Archives.com is the most dependable method of doing so. Following your registration for an account, you will have complete access to the death records for the state of Illinois as soon as you log in to the platform. The following are a few simple steps to get you started:

Step 2: Use the buttons at the very top of the user page to navigate through the options. When you click on the “Search” button, the Illinois state death records page is loaded.

Step 5: The state of Illinois should be entered in the ‘Location’ box. As soon as you begin typing, you will notice that the website will provide a match for you.

An official death certificate refers to a death certificate that is issued directly by the Illinois state government or any similar organization. This document contains information such as the individual’s name, physical address, date of birth, and date of death.

Are Illinois Death Records Open to the Public?

According to the Illinois Revised Statutes, vital records such as birth records, divorce records, marriage records, adoption records, death records, and other life records are available to all eligible parties with a direct relationship to the person named on the record.

What Information Do I Need to Search for Illinois Death Records Online?

The state of Illinois is extremely particular about the accuracy of its tax and voting records, and this is reflected in its state records. As a result, they strive to keep a comprehensive death record up to date. Following the death of a person, tax collectors contact family members or next of kin to collect any unpaid state taxes that may be owed to the state. In the event of a probate proceeding, these death records will be extremely useful because your family members or next of kin will not have any difficulties in obtaining any legal information. With our comprehensive guide to Illinois death record searches, you’ll be able to locate any type of record that you might require in a matter of minutes.