You will benefit from our comprehensive index of death records in the state of New Mexico, which will assist you in locating death records as well as providing you with essential information on the deceased and the life that they led before passing away. 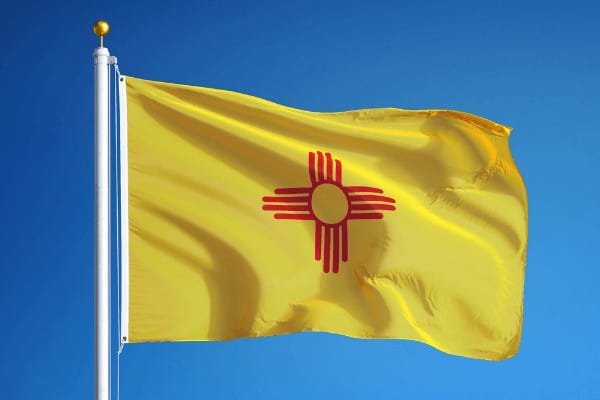 Early settlements in New Mexico date back to 1598 with the founding of San Juan. New Mexico was established as a territory of the United States in 1850 and as a state in 1912. The requirement for county death registration was instituted in 1907, and statewide registration was implemented in 1920.

Before 1906, the state of New Mexico did not preserve official records. You must investigate alternative documents in order to determine the date and location of your ancestor’s death. Records that contain death information include church and bible records, tax and probate records, newspapers, and census data, to name a few examples.

Death records were first kept in 1906 in a few New Mexico cities and counties, according to historical sources. In 1920, the state of New Mexico implemented a statewide death registration system. If you are unable to discover your ancestor in one of the databases listed below, you may want to look for death information in other sources. Between the years 1889 and 1945, you can have free access to New Mexico, Deaths records at FamilySearch. Several of these records are also indexed at the New Mexico GenWeb website. Only a few documents date back to before 1906, and the dates vary from county to county. After 1919, the records became increasingly complete.

When you know the exact date of a person’s death in New Mexico, you can obtain death records. There are no death indexes available for deaths that occurred after 1949 at this time. Ordering a copy of the death record for a fee from the New Mexico Department of Health is possible if you have the exact date of death from your records.

The death certificates can be obtained from the Department of Health and Social Services. They are only available to members of the immediate family.

Generally speaking, it is considered that death records are not made available to the public for the first time until 75 years have passed after the date of the record filing, at which point they are made available to the general public. The ability to get death certificates for individuals who have died within the last 75 years is subject to a range of restrictions, which vary depending on the circumstances. There are various categories of people who qualify to get death certificates, the most common of which are listed below: Among those who have died as a result of natural causes are the following individuals: 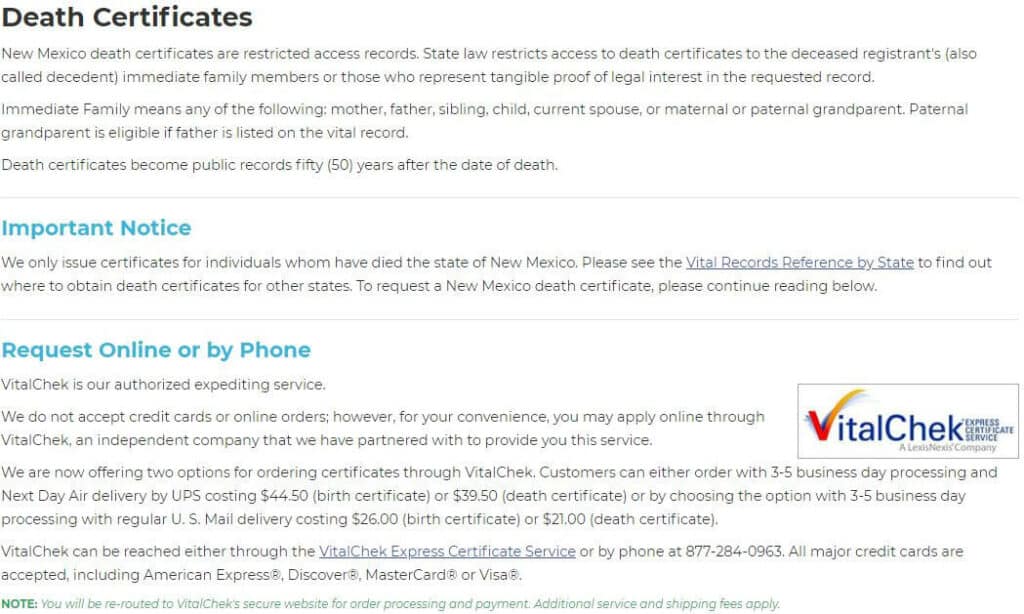 In the unlikely event that you have not registered for this site at any point in time, it is possible that you will not have access to any of the death information available. Regardless of when you first registered for the website or when you last used it, this is true. Begin by doing some simple chores, such as those listed below, to get the ball rolling.

Step 2: The numerous configuration choices available to you can be explored by selecting one of the buttons located at the very top of the user interface, which are shown in the following order: You will be taken to the Oregon State Death Records Website where you can complete your search after clicking on the “Search” button.

Step 5: In the ‘location’ box, type in New Mexico.

This refers to an official document that contains information such as the individual’s name, physical address, date of birth, and date of death.

Death records are official files that give any useful information about a deceased individual.

Are New Mexico Death Records Open to the Public?

Crucial life records are available to all eligible parties with a direct relationship to the person named on the record.

What Information Do I Need to Search for New Mexico Death Records Online?

The state of New Mexico is extremely particular about the accuracy of its tax and voting records, and this is reflected in its state records. As a result, they strive to keep a comprehensive death record up to date. Following the death of a person, tax collectors contact family members or next of kin to collect any unpaid state taxes that may be owed to the state. In the event of a probate proceeding, these death records will be extremely useful because your family members or next of kin will not have any difficulties in obtaining any legal information. With our comprehensive guide to New Mexico death record searches, you’ll be able to locate any type of record that you might require in a matter of minutes.