Our comprehensive guide to the death records in the state of New York will help you in finding death records as well as provide you with relevant information about the deceased and the life they lived. 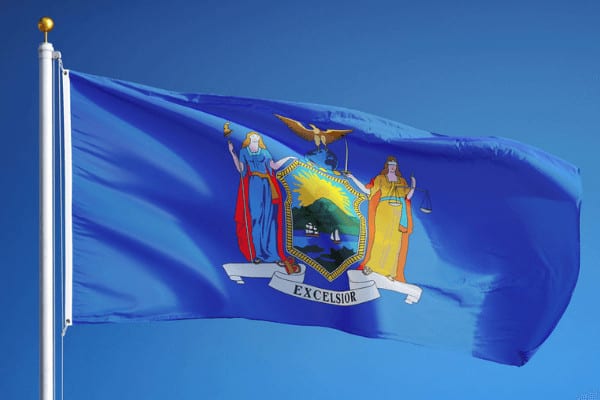 Looking for a death record from the state of New York as part of your genealogical investigation? Death records were preserved in New York State for a brief period between 1847 and 1850, and they were restarted in June 1880 after a long lapse. Copies of all death certificates can be obtained from the hamlet, town, or city where the person died, or by contacting the state archives. 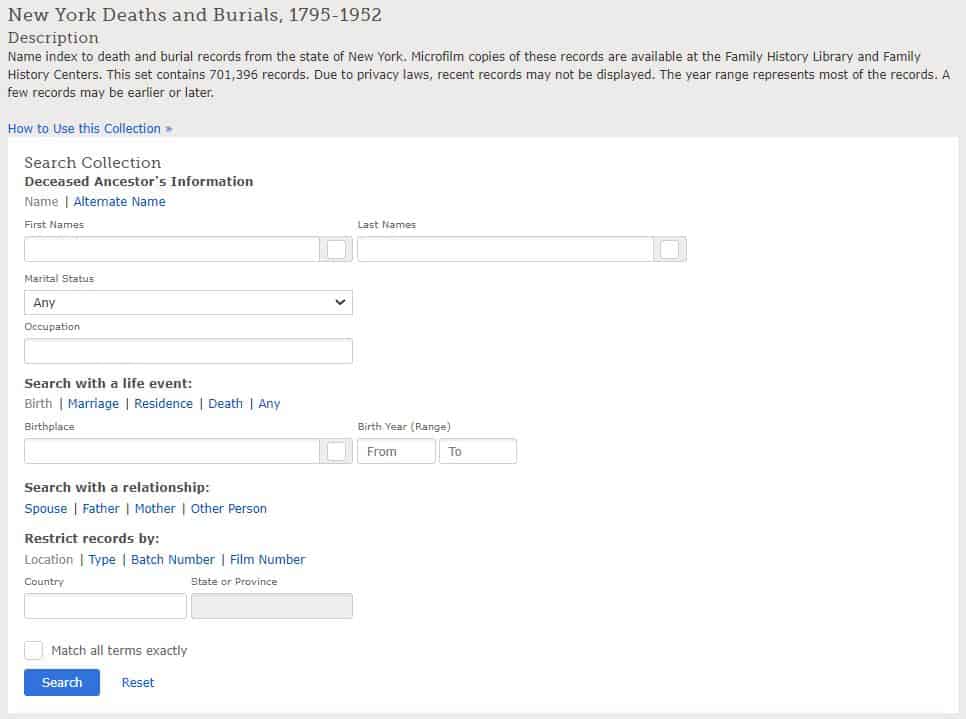 Prior to 1847, no fatalities were officially documented by the state of New York. You will need to investigate alternative documents in order to determine the date and location of your ancestor’s death. Substitutes for death certificate information include:

A statute passed in 1847 in the state of New York mandating doctors and midwives to report births, marriages, and deaths to the trustees of local school districts went into effect. Because of the complications of this rule, it swiftly went out of favor, and after 1850, only a few places reported deaths as a result of it (with many discontinuing after the 1847-1848 time period). The village, town, or city clerks or the county clerks are the only places where you can find records for this time period that are still in existence.
Find out if the records from your village, town, city, or county have been microfilmed by FamilySearch by conducting a search on their website. Search the Catalog for both village/town/city and county names, and then check with your local family history center to see whether they are available there as well. Alternatively, you can obtain a copy of the death certificate from the village, town, or municipal clerk. To get contact information for a hamlet, town, or city, use the FamilySearch Research Wiki to conduct a search for the location. It should be noted that in some counties, the county clerk is in charge of all death records during this period.

Fatalities were not documented by the State of New York between 1850 and May 1880, despite the fact that several localities (such as Buffalo, Yonkers and Albany) began recording deaths in the 1870s after the 1847 statute failed. Try searching for your ancestor’s death date and location in alternative documents to determine when and where he or she died.
1880 to 1913
Beginning in June 1880, the state of New York required that deaths be recorded by village, town, and city registrars. The State Department of Health was notified of these fatalities, and copies of the death certificates were submitted with them. Between 1881 and 1914, deaths documented in Albany, Buffalo, and Yonkers were not transferred to the State of New York as a result of earlier city ordinances. Copies of microfilm indexes to death certificates can be found at the New York Archives as well as nine additional archives throughout the state. To conduct a search of the index, contact one of the 10 repositories (which are mentioned on the State Archives website).

A copy of each death record from 1957 to 1963 is kept by the village, town, or city clerk where the death occurred, as well as the Department of Public Health. New York Department of Health also produced an online index (in spreadsheet form) for many deaths that occurred between 1957 and 1963, which can be accessed by anybody.

Deaths after 196People who are direct line descendants of someone who died less than fifty years ago can obtain a death certificate for that individual if they can show documentation of their relationship to the person whose death certificate they are asking for.

There are several categories of people who are qualified to request a death certificate, as listed below: 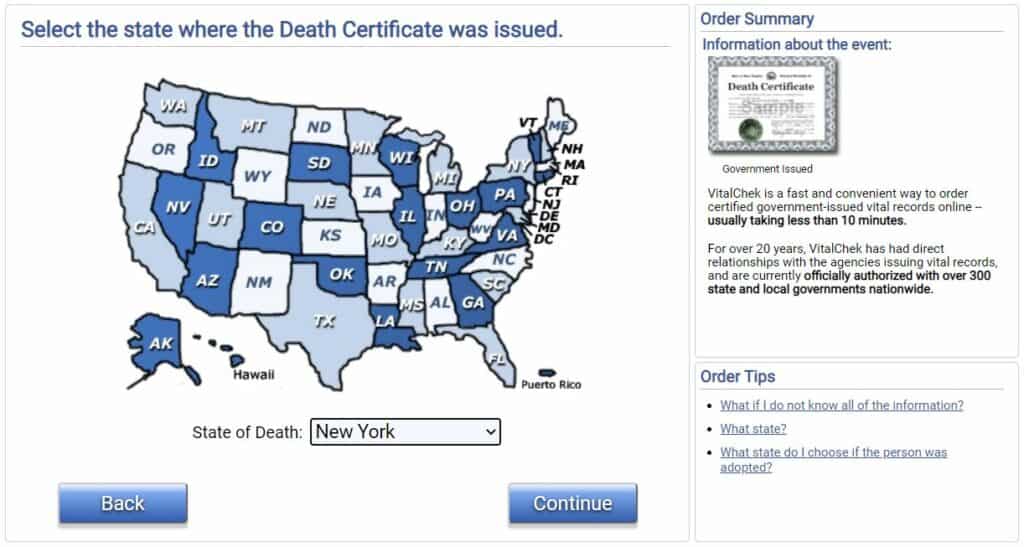 An official death certificate is one that has been issued directly by the state of New York or by another equivalent institution, such as a funeral home, after the death has occurred. There is information on the individual contained in this document, such as the individual’s first and last name(s), physical address(es), date of birth and death, among other things.

Death records are official files that contain any information that may be of use concerning a deceased individual after their death.

Are New York Death Records Open to the Public?

Vital life records are available to all eligible parties with a direct relationship to the person named on the record.

What Information Do I Need to Search for New York Death Records Online?

The state of New York is extremely particular about the accuracy of its tax and voting records, and this is reflected in its state records. As a result, they strive to keep a comprehensive death record up to date. Following the death of a person, tax collectors contact family members or next of kin to collect any unpaid state taxes that may be owed to the state. In the event of a probate proceeding, these death records will be extremely useful because your family members or next of kin will not have any difficulties in obtaining any legal information. With our comprehensive guide to New York death record searches, you’ll be able to locate any type of record that you might require in a matter of minutes.