Our in-depth guide to the death records in the state of North Carolina will help you in getting death records in addition to providing you with relevant information about the deceased and the life they lived. 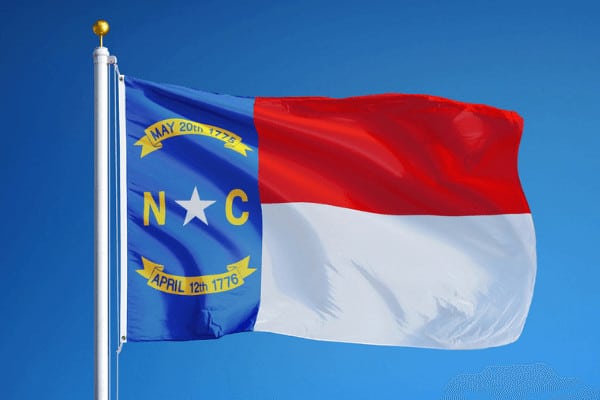 North Carolina implemented a statewide death registration system in 1913, with widespread compliance achieved by 1917. These records are held in the possession of the counties.

Before 1913, neither the county nor the state kept a record of deaths. You must investigate alternative documents in order to determine the date and location of your ancestor’s death. Tax records, cemetery records, bible records, census statistics, probate records, and church records are examples of the types of records available.

In 1913, the state of North Carolina began keeping track of those who died. Try the following databases to see if there are any fatalities that occurred during that time period. The North Carolina Deaths Databases, which includes name indexes as well as digital images, is a valuable resource for researchers. The person’s name, date of birth, and place of death are all included in the index entry above. If the image was not included, you can order a copy of the death record for a fee from the following locations: the North Carolina Department of Health State office and the county where the person passed away. The North Carolina State Archives has death certificates from 1913 to 1975, as well as an index from 1913 to 1979, which can be seen on their website. Through the Family History Library, you can obtain microfilm copies of death certificates from 1906 to 1994, as well as an index to death certificates from 1906 to 1967.

Death records in the state of North Carolina are initially only available to the public 50 years after the date on which the record was filed, after which they become publicly available. Individuals who have passed away within the last 50 years are subject to certain restrictions when getting death certificates. There are several categories of people who are qualified to request a death certificate, as listed below: 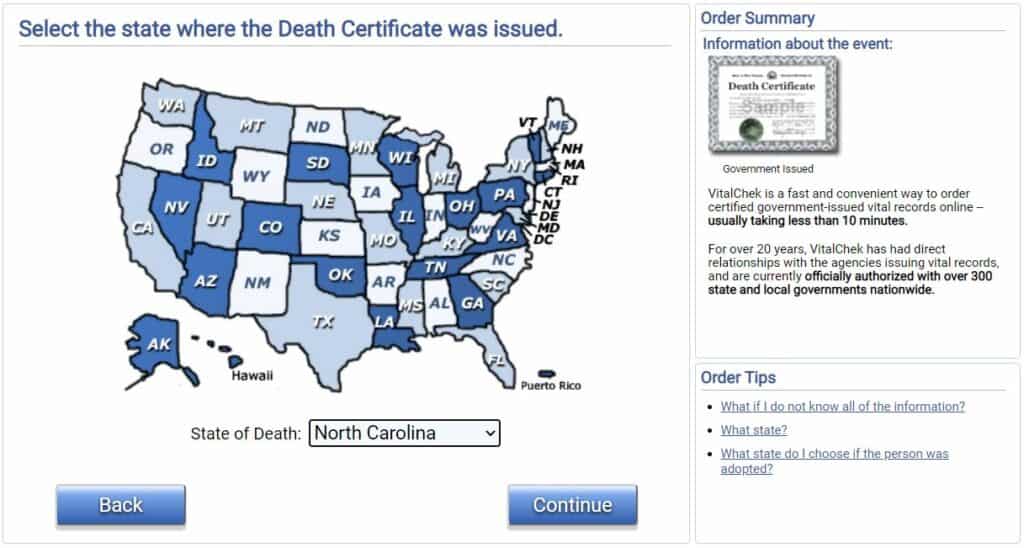 Step 2: Navigation through the settings is made possible by using the buttons located at the very top of the user page. When you click on the “Search” button, the North Carolina state death records website will be loaded in your browser.

Step 3: Select “Vital Records” from the drop-down menu, then click on the “Death” button directly below it to complete the process. Because of this, the site excludes all other information and only displays death records, which can be downloaded after viewing them.

Step 4: You should include as much information about the dead as you can recall about them in the text box provided.

Step 5: In the ‘Location’ field, the state of North Carolina should be entered. As soon as you start typing, you will notice that the website will automatically find a match for you to view.

Step 6: Upon entering, you will be given with a list of records; you will need to navigate through the list until you locate the individual whose records you are interested in reading.

Are North Carolina Death Records Open to the Public?

What Information Do I Need to Search for North Carolina Death Records Online?

The state of North Carolina is extremely particular about the accuracy of its tax and voting records, and this is reflected in its state records. As a result, they strive to keep a comprehensive death record up to date. Following the death of a person, tax collectors contact family members or next of kin to collect any unpaid state taxes that may be owed to the state. In the event of a probate proceeding, these death records will be extremely useful because your family members or next of kin will not have any difficulties in obtaining any legal information. With our comprehensive guide to North Carolina death record searches, you’ll be able to locate any type of record that you might require in a matter of minutes.