Search for Death Records in Ohio

With our comprehensive database of death records in the state of Ohio, you will be able to locate death records more quickly and easily while also learning important details about the deceased and their life before passing away. 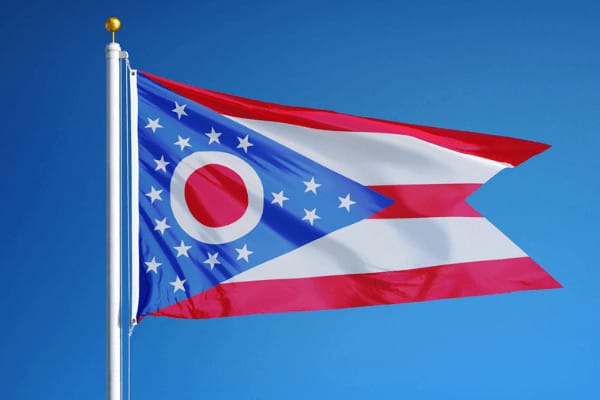 In 1803 the Ohio Territory was elevated to the status of a state. A statute requiring the registration of deaths was enacted in 1856-57, but it was mostly ignored at the time. Although a legislation requiring registration was approved in 1867, it was not until 1908 that the current record-keeping system was put in effect.

Prior to 1867, deaths were not properly documented by either the county or the state. The Ohio Deaths and Burials Database contains information on about 50,000 people who died between 1854 and 1867. On the website familysearch.org, you can search for Ohio burial and death records during the time period between 1854 and 1997. Name indexes are available here, although the dates can change from county to county depending on the census. Trying cemetery records, church records, bible records, tax records, newspapers, or probates may help you locate your ancestor’s information if you are unable to locate them through other means.

Prior to 1908, death records for the state of Ohio were held by the county probate court where the death occurred. Some of these records are indexed in this database: the Ohio Deaths and Burials Database, which provides Index only.

In 1908, the state of Ohio began keeping track of deaths. Ordering death certificates from the state of Ohio is completely unrestricted. If the image was not included in the index entry above, you can order a copy of the death record for a fee from the county of death or from the Ohio Department of Health State Office

It is believed that death records are not first made available to the public until 75 years have passed after the date of the record filing, at which point they are made available to the general public. Individuals who have died within the last 75 years are subject to a variety of restrictions on their capacity to get death certificates, which vary based on the circumstances. Death certificates can be obtained by a variety of individuals who fit under several categories, which are stated below: Those who have died as a consequence of natural causes include the following: 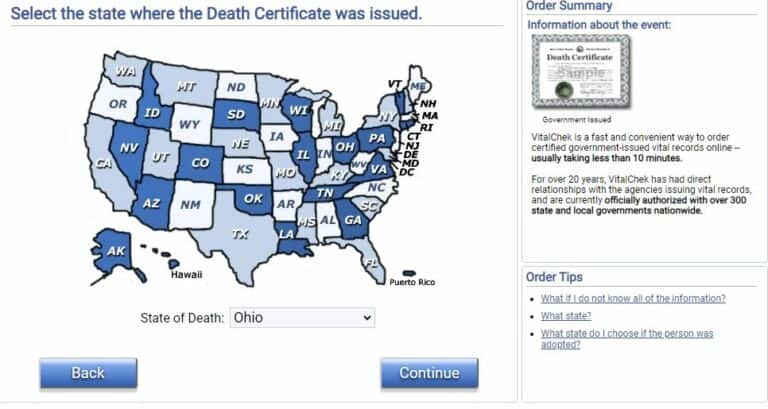 How to Find Ohio Death Records

Death records for Ohio can be accessed at Archives.com, which is the most reputable source currently accessible for this information. In the event that you registered for the platform at any point in time, you will have immediate access to all of the death data for the state of Ohio the moment you log in after completing the registration procedure.

If you did not register for the platform at any point in time, you will not have access to any of the death data. This is true regardless of when you first registered with the website. You could start by carrying out some straightforward chores, such as those listed below:

Step 1: To gain access to your archived materials and digital assets, go to Archives.com and login in with your email address and password.

Step 2: You can go through the various configuration choices accessible to you by clicking on the buttons located at the very top of the user interface. The “Search” option will direct you to the Oregon State Death Records Website, where you can complete your search.

Step 4: Key in information about the deceased.

Step 5: The state of Ohio should be entered in the ‘Location’ box.

Step 6: Scroll through the list until you find the person whose records you are interested in viewing.

An official death certificate refers to a death certificate that is issued directly by the Ohio state government or any similar organization. This document contains information such as the individual’s name, physical address, date of birth, and date of death.

Are Ohio Death Records Open to the Public?

According to the Ohio law, vital records such as birth records, divorce records, marriage records, adoption records, death records, and other life records are available to all eligible parties with a direct relationship to the person named on the record.

What Information Do I Need to Search for Ohio Death Records Online?

The state of Ohio is extremely particular about the accuracy of its tax and voting records, and this is reflected in its state records. As a result, they strive to keep a comprehensive death record up to date. Following the death of a person, tax collectors contact family members or next of kin to collect any unpaid state taxes that may be owed to the state. In the event of a probate proceeding, these death records will be extremely useful because your family members or next of kin will not have any difficulties in obtaining any legal information. With our comprehensive guide to Ohio death record searches, you’ll be able to locate any type of record that you might require in a matter of minutes.