Drunk driving is a serious problem in the United States. Did you know that around 28 people die each day because of drunk driving collisions in America, according to the National Highway Traffic and Safety Administration? Every year, that adds up to over 10,000 people who have lost their lives and thousands, or even millions, more who have to deal with the loss of those they love. 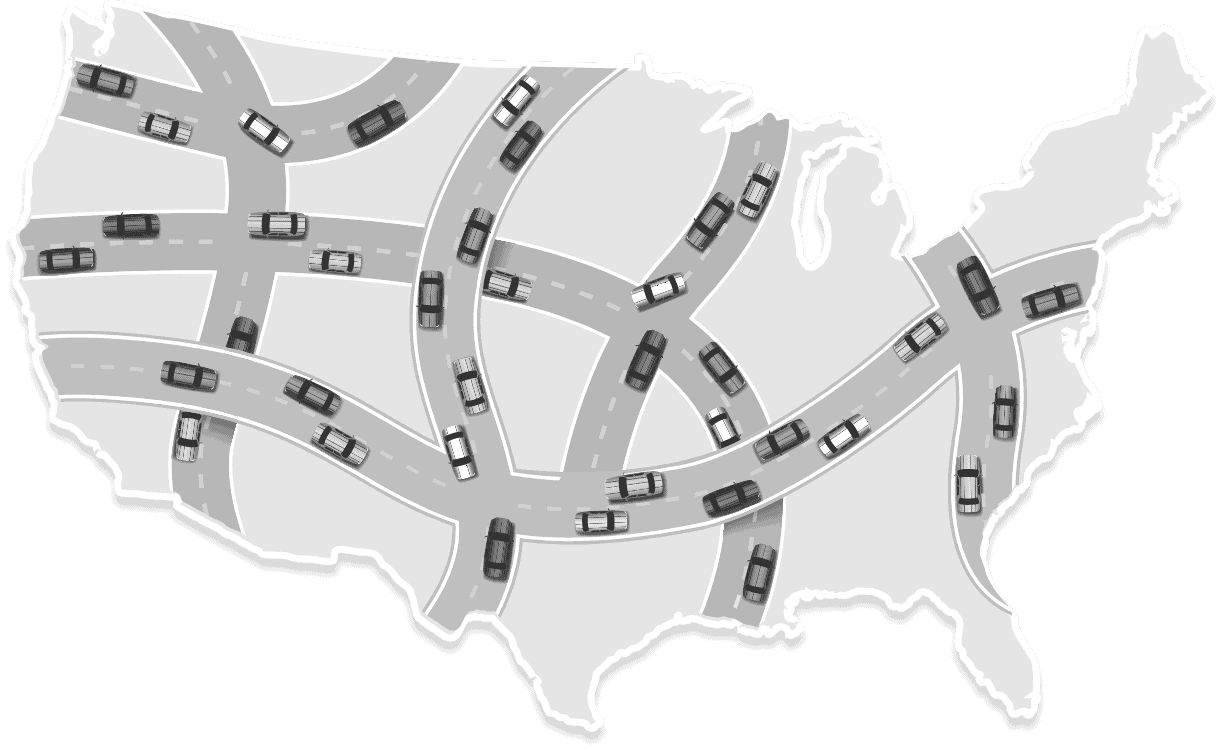 In this article, you’ll find out more about which states have the worst drunk driving issues. This data is imperative to identifying the issues so that states and their legislatures can start to take action. 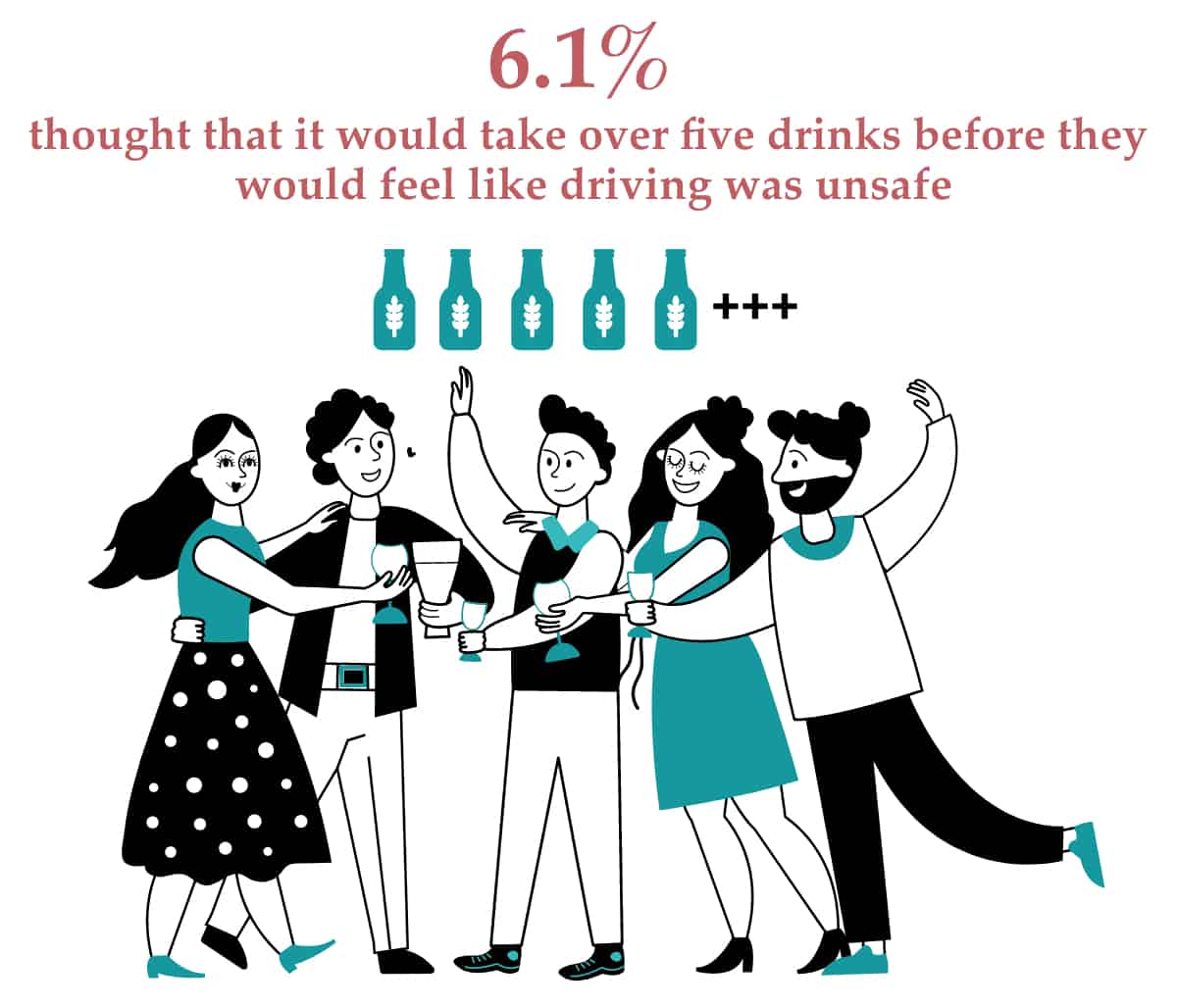 4. Drinking and driving is a leading cause of death for those under the age of 18. Around 18% of those under 21 admit to drinking and driving. Older teens and young adults are at risk, too. Mothers Against Drunk Driving states that around 2,000 college students between 18 and 24 die annually due to drunk-driving collisions as well as unintentional alcohol-related injuries. 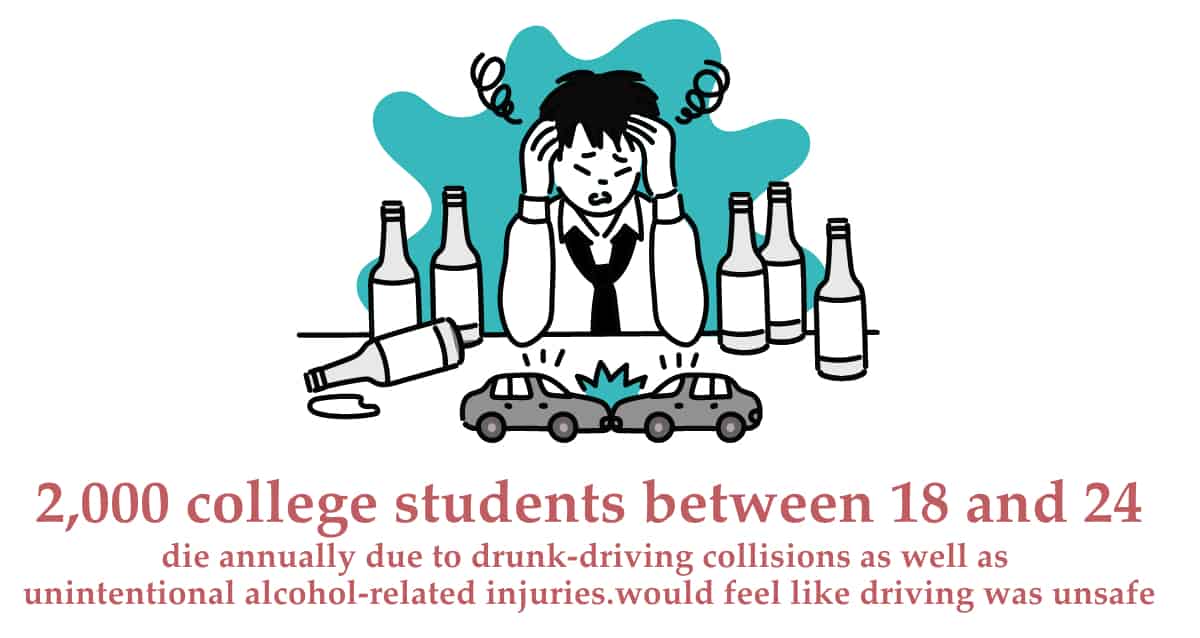 5. In 2018, the National Highway Traffic Safety Administration reported that 10,511 people died in crashes related to drunk driving. The Federal Bureau of Investigation showed that this is the tip of the iceberg when it estimated that over a million people had been arrested for drunk driving in the same year.

6. There are over 40,000 fatal collisions that happen in the United States every year from a multitude of causes. That means that over 90 people pass away daily as a result of crashes. 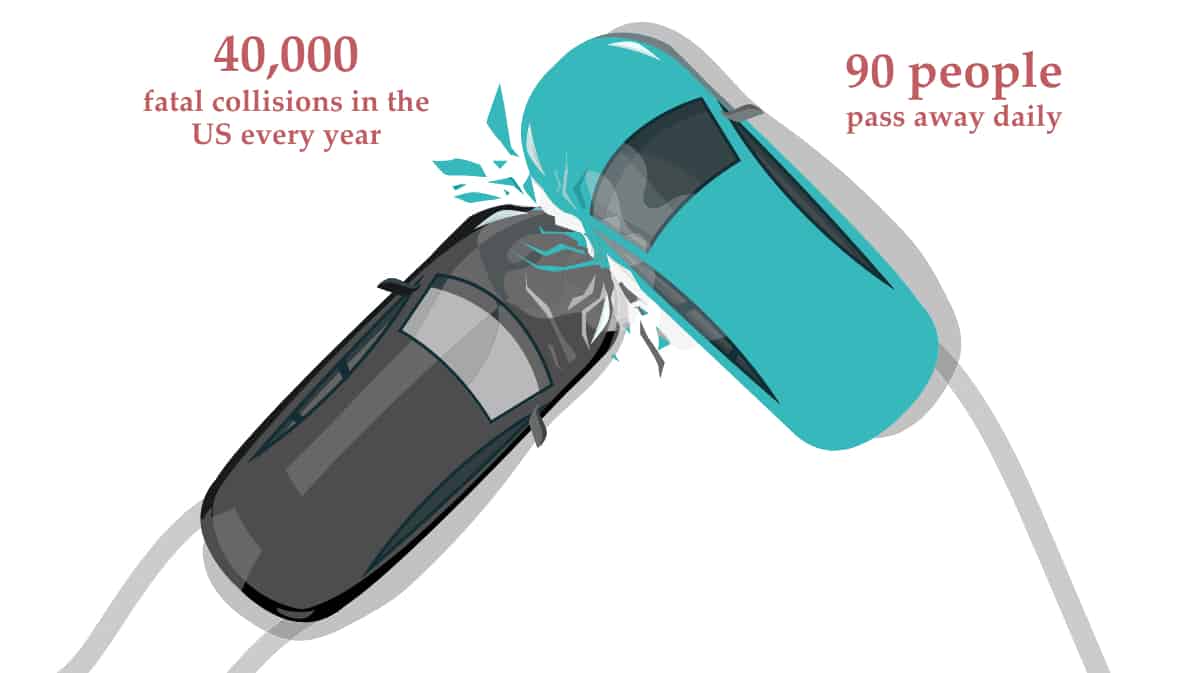 7. Want to avoid a collision? You can if you stay off the road during busy and dangerous times. It has been found that you are more likely to be involved in a fatal collision on the weekend than at any other time. Late night hours, such as after bars let out, are also riskier.

8. Many fatal drunk driving collisions only involve a single vehicle. In fact, around 58% are single-vehicle collisions. This is compared to two-vehicle and multi-vehicle crashes, which make up around another 38% of all collisions. Other kinds of collisions may include those with pedestrians, cyclists or motorcyclists.

10. In 2018, Texas and California were the worst states for fatal car accidents. Interestingly, they were not at the top of the list for drunk driving collisions but instead for other issues such as distracted driving or drowsy driving. Wyoming was found to have the greatest risk of a drunk driving crash, and Montana had the most fatalities per 100,000 residents.

Which states have the biggest DUI problems?

To find out the DUI severity score for the entire country, it was important to get the base data first. On this chart, you’ll see data collected from the FBI, National Highway Traffic Safety Administration, Centers for Disease Control and Prevention, The Zebra, Alcohol.org and Responsibility.org, which have performed studies and gathered data for the public.
The data was added to this chart reading from left to right. Then, each column’s topic data were ranked from 1 to 50 and given a point value. From there, the point values could be added together to get the state with the highest DUI severity score.
For each state’s ranking based on DUI arrests, arrest rate, DUI fatalities or total traffic deaths, you can also sort the chart by that data alone. For example, while Wyoming has the worst DUI severity score, it ranks third for the total number of traffic deaths linked to DUIs.

The data above shows a few important factors. To start with, each state has already been ranked from the state with the most severe DUI issues to those with the least. Moving across the state information, the chart shows the total number of DUI arrests per state and how that converts into the DUI arrest rate per 100,000 people living in the state. Also on this chart is the overall DUI fatality rate, which states the specific number of people who lost their lives to DUIs in the year 2018. That rate has also been converted in the next column to show the overall percentage of traffic deaths linked to drunk driving.

Finally, the DUI death rate per 100,000 people was added with the other information to determine the states’ overall DUI severity scores.

DUI severity scores reflect how bad each states’ DUI issues are, but they don’t necessarily mean that the state at the top has had the most DUI arrests or the most deaths. Instead, each of the categories was ranked from 1 to 50, and then the points were added together to get the overall score. As you can see from the chart, the state found to have the fewest DUI-related issues was Massachusetts in 2018. Wyoming had the highest DUI severity score.

When you rank the states based on the total number of DUI fatalities per 100,000 people, you will find that around 43% of all traffic deaths were linked to drunk driving in Montana. This is the greatest percentage out of all the states with only Texas coming close at 40%.

Disclaimer: We rank sites based on our knowledge and experience. Our team visits each site and evaluates each one before placing it online. Though we do accept referrals, we guarantee that the information we share is accurate and that we will only pass on information that we think is helpful to our visitors. The referral fees that we receive go to paying our team and keeping our website operational.

Opt Out Process: If you use our site and do not want to share your personal and/or confidential information with anyone else, please visit our Opt Out page to learn more about the process. We give you the option of removing your information from our site.

OurPublicRecord.Org is a privately owned and operated website and is NOT affiliated with the US Government or any law enforcement agency.