Our comprehensive guide to searching for arrest warrants in Alabama will walk you through all useful information that pertains to the state’s warrants including how to conduct a warrant search. 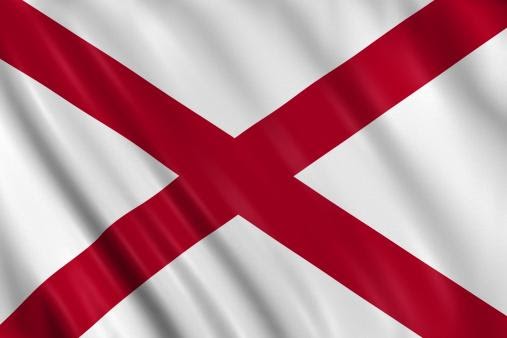 If you’re unfamiliar with the term “arrest warrant,” it’s an order issued by the local courts that directs all police officers to capture an accused and bring him or her before the court for trial in connection with a criminal offense. The third rule of the Criminal Procedures in Alabama establishes the procedures to be followed in the case of the issuance of an arrest warrant. A directive of this nature can only be issued after an arraignment has been returned or when a sitting tribunal’s magistrate that possesses criminal jurisdiction has considered the circumstances of the case and determined that there is sufficient evident ground.

It is commonly understood that when a prosecution seeks an arraignment from a jury, it signifies that the officers involved have enough evidence against the defendant that it is warranted for the jurors to investigate the subject and look into the evidence presented to them. It is within the rights of the prosecution to obtain an indictment. A warrant is typically issued during an indictment hearing in which the jury reach a unanimous decision on the culpability of the criminal. At this stage, the judge orders that the arrest warrant be released by the clerk of the court.

The prosecution, however, has the option of immediately approaching the court and seeking the custody of the accused through the use of an arrest warrant if there is a risk of the accused becoming a fugitive. Before a judicial order for arrest can be granted, it must first be determined that there is probable cause. This is further stated in rule 3.1 (a), which is essentially a repetition of Alabama warrant law.

An arrest warrant can only be authorized when it emerges, based on the information provided in the cops complaints that have been filed through a witness’ testimony or in court. Such a complaint should state that there has been an offense committed and that there is sufficient evidence to hold the individual against whom the arrest warrant is pursued liable for their criminal offense.

What Are the Provisions for an Accused’s Detention?

In Alabama, a bench warrant can sometimes be granted to order the arrest of a suspect. However, these legal rules are commonly used by civil authorities and are not subject to the court order requirement. In other words, unlike current warrants, bench warrants can be filed without requiring the sheriff’s office (local) to submit case information.

When searching for arrest warrants in the state of Alabama, many people believe that active orders for custody are distinct from existing warrants. When an arrest warrant is issued, it is considered active; however, if it is not served, it is referred to as an outstanding warrant and is forwarded to the proper local and national databases.

Executing Active Warrants in the State of Alabama

A warrant for arrest allows the offender to be arrested in any area of the country or state seeing as such orders are directed to law enforcement officers from all over the country. When we speak matters ‘warrant execution’, time too, is not an issue. In reality, information on people with outstanding arrest warrants in Alabama, in addition to individuals that are ‘most wanted’ usually gets is transmitted to the FBI to guarantee the perpetrator’s fast arrest.

These directives might be carried out years after they are issued. Similarly, whether the arrest occurs during daytime or at night makes little to no difference to the agent enforcing this order; provided the suspect is implicated in a legal infringement that puts him or her before criminal justice and an assault charge in his or her name is discovered, he will be arrested.

It is critical to note that while information on felony convictions in Alabama may be difficult to obtain for citizens, law officers can readily access the FBI’s central repository and seek up information on all warrants issued in the state that have yet to be executed.

Given the importance of these orders and their strength in court, data on these orders is kept by several authorities, not simply the sheriff’s office. Other government agencies include the magistrate’s court, the county clerk’s office, the Alabama Department of Corrections, the State Police and their criminal history information wing, and the FBI.

While arrest records and warrant information are all recorded in court dockets and a variety of different government offices, it can be difficult for a civilian applicant to find information on these directions. The issue here is that Alabama is a closed records state, which means that while you can request a personal background report, you cannot inquire about third-party criminal histories.

Even if you go to the local law enforcement office to seek warrants against your subject, you will be told that such a request cannot be granted and that you must leave your subject’s name and other information with the cops, who will handle the problem if a warrant is found against this individual.

Only organizations involved in the care and treatment of children, the disabled, and the elderly were permitted to conduct third-party background checks. Again, for this type of inquiry, the applicant must mail in a completed request form together with the $25 fee.

Although it can be difficult to find information on arrest warrants through the Alabama Justice Information Center, which keeps all arrest and warrant-related data as well as federal court documents, you can seek data on warrant that have already been provided through the Department of Correction’s inmate search tool.
Using the services of a 3rd-party information source is the easiest method to start a warrant search in Alabama. Because these internet agencies are not classified as credit reporting agencies, they are exempt from the laws that govern the information provided by such organizations.

An arrest warrant, often known as a “warrant,” is a legal order that gives police and law enforcement the ability to arrest you for a variety of reasons, such as missing a criminal court date or being accused of a crime. If you have an outstanding warrant, the police can arrest you at any moment – even at a normal traffic check, at your home, or when you appear in court for another reason. If you do not take care of the warrant, you may find yourself continuously worried about being arrested or sent to jail. This is why it is critical to determine whether you have any outstanding warrants before having your criminal record wiped. An outstanding warrant may also have an influence on your ability to obtain public benefits, public housing, or a passport.