For the best search results, use our comprehensive guide below. Here, you will learn all details regarding Montana warrants including how to perform a warrant search in the state. 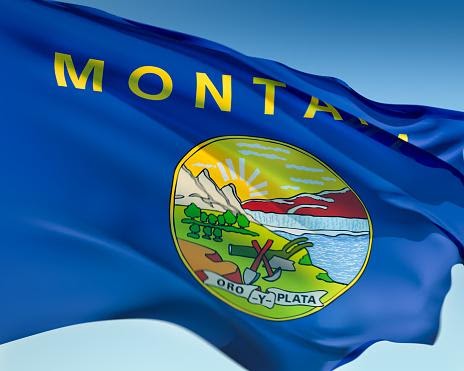 The Montana Criminal Code, Specifically section 46-6-211 explains the procedure of granting a warrant of arrest, as well as any other judicial process that may be utilized to detain an accused person who has been charged with a crime. It is noted below that arrest warrants may be granted following the lodging of a complaint in accordance with Section 46-11-201 of the Code. A subpoena may be granted if the complaint is filed against a firm and the petition is signed by a non-corporate representative. With an affidavit, more than one summons or warrant can be given at the same time. If the document names two or more defendants, a warrant for arrest will be prepared for each of the individuals identified in the affidavit.

It is extremely rare that both a warrant and a summons are granted against the same individual in a single case simultaneously. The timeline of a legal process issue is strictly adhered to by protocol. When a magistrate has reasonable grounds to think that the summons will be obeyed by the person in to whom it has been issued, a warrant won’t be given to them in the first instance.

How to Treat Disobeyed Summons in Montana

A warrant of arrest can be issued against an individual if they fail to appear in court after being served with a notice of appearance. When a judge is convinced that the suspect will not show up as ordered, when the notice cannot be served, or when the offender has a history of not complying with legal procedures, he will grant an active warrant demanding that the individual be detained for the duration of the warrant. Whenever a firm is summoned to a court of law, any disobedience from the organization’s board members will be treated according to the provisions of Section 46-12-204, and a not-guilty plea will be instantaneously entered on the organization’s behalf. Following that, the case will be brought to trial without the need for any more legal proceedings to be initiated.

While a summons must be served directly by judiciary members or a municipal justice body, or transmitted by 1st class mail, a warrant of arrest warrant must be executed by a police department in the jurisdiction where the warrant was issued. Once an arrest warrant is granted, it is forwarded to the office of the sheriff, where it eventually gets to the deputies who are accountable for that particular territory.

When a court order can’t be implemented within a timely fashion after it is issued, the mandate is deemed as “pending,” and details about the outstanding warrant is distributed to all cops across the country through a primary crime program provided by the Federal Bureau of Investigation (FBI). This is the moment at which the order can be served not merely outside of the originating county, but also outside of the entire state.
In comparison to the virtually unrestricted discretion afforded to law enforcement officials by warrants of arrest, bench warrants may seem quite minor in nature. These orders are also granted when the court wishes to detain a person for a period of time. They are, however, only valid for execution within the boundaries of the county in which they were issued and are not transferable.

Search warrants share characteristics with both bench warrants and active warrants. They are similar to the former in that they are restrictive and usually expire if they are not implemented within a specified time period. However, just like warrants of arrest, their clearance is always contingent on the submission of a petition that demonstrates reasonable suspicion.

The crime history data publicly available is limited to misdemeanors and felonies that have resulted in a prosecution and cases still under trial. However, this is enough to obtain information on any outstanding warrants against the individual in the investigation. The fact that data on arrest records and arrest warrants has been erased and will not appear in any background report, (such details are only to police authorities) will help to clarify the situation.

The Montana Department of Justice offers two choices for doing a warrant search: you can use an online search tool or send your name-based search request to Montana Criminal Records via mail. If you send an inquiry through the mail, it is possible that it will include requests for both fingerprint and name searches. The applicant, on the other hand, is responsible for submitting usable prints in the case of the first option.
You can also obtain information about criminal histories by contacting the area’s county clerk’s office. It is possible to obtain data on almost any criminal related matter through this organization given that this court division is responsible for managing and charging the court dockets. Court records can contain information about decisions made by civil tribunals as well as other information. If you’re looking for a generic warrant search, you might want to look into the most wanted lists that are available on the websites of several sheriff’s departments.

Criminal records in Montana serve as a record of a person’s progress through the criminal court system and provide insight into their character. It takes the efforts of a wide range of local, county and state jurisdictions, as well as trial courts and courts of appeals, as well as county and state correctional facilities, to compile and keep the data up to date. While the requirement for criminal record collection and storage varies from county to county, a large percentage of Montana criminal records are arranged in online record storage facilities. These are publicly accessible in the form of a Criminal Background Report.

When police officers take someone into custody while carrying out their duties of sustaining public safety, gathering evidence, and bringing perpetrators to justice, an arrest record is created. Arrest records are files that contain details that are on the individual who has been taken into custody. If there is proof or legitimate suspicion to think that an individual has committed a felony, is implicated in a crime that is still under investigation, or even poses an urgent risk to self or others, they could be arrested.

Arrest warrants are legal documents that provide the court the authority to detain the individual mentioned on the warrant. An arrest warrant gives law enforcement agencies the legal ability to detain a person at any time and from any location, unless the warrant specifies particular conditions for detaining the individual. To issue an arrest warrant, the court or judge must be satisfied that there are valid reasons or sufficient evidence to think the offender has committed a crime or is engaging in criminal behavior before issuing the warrant.