This comprehensive site will teach you all you need to know about the Utah warrants search procedure, including how to conduct a successful search. 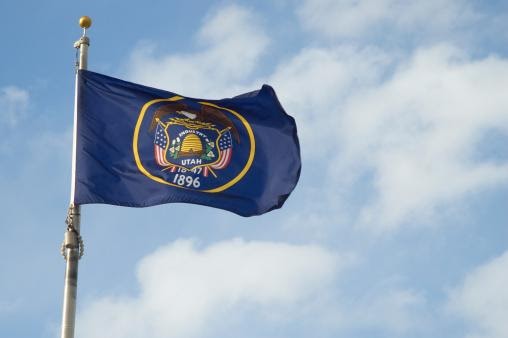 Under the provisions of Utah Code 77-7-5, if the magistrate presiding over the pre-warrant hearing determines that there is possible evidence to arrest the person described in the complaint, the magistrate may grant an active warrant against the individual named in the complaint unless the magistrate determines that there is no probable cause to arrest the person. The statute goes on to explain the procedure for serving such orders, as well as the time range within which they must be served. The service of a felony arrest warrant may take place at any time of day or night, including on weekends and holidays. When a misdemeanor arrest warrant is issued, it can only be carried out at night if it has been certified by the issuing judge as acceptable for night service.

Furthermore, according to Utah Code 77-7-4, a magistrate may even issue a verbal order for the custody of any person who is about to conduct or has already committed a public offense in order to prevent further harm to the public. A magistrate may allow the arrest of an accused person verbally if there is an emergency and there is the possibility that the accused will leave the county if he or she is not apprehended. If probable cause has already been established for the arrest, the magistrate may order the arrest of the accused person in writing. The release of bench warrants on the other hand does not necessitate the production of an accusatory instrument. Search warrants, on the other hand, are always based on the establishment of probable cause since, like arrest warrants, they have the potential to violate the Fourth Amendment.

A detailed description of the procedure that can be used to apprehend an accused individual after a warrant has been issued in his or her name can be found in Utah Code 77-7-6. In order to apprehend an alleged offender, the person who makes the arrest must identify himself and inform the person who is being arrested of his or her intention, authority, and rationale for detaining the individual in issue. However, if the arresting officer has sufficient grounds to suspect that delivering such a warning will endanger the agent’s or another person’s life, the notification will not be necessary. As a result, whether the accused is apprehended while engaging in illegal activity or when he is being pursued shortly after committing the offense, providing such notification serves no useful purpose in either situation.

Deaf or hard of hearing individuals who are to be arrested for any criminal offense must have their communicative abilities assessed by the arresting officer before being given notification in a manner that is understandable to the alleged offender. If an arrestee is deaf or hard of hearing, and if the detainee is to be detained for the commission of any criminal offense, the arresting officer must make every effort to communicate in a way that the alleged offender can understand. A person who is subject to an arrest warrant or who is otherwise detained may be susceptible to use of force if the individual is resisting arrest, flees after being brought into custody, or has committed a criminal act, among other things, according to Utah Code 77-7-7. While this statute provides for the use of reasonable force when arresting an accused individual, Utah Code 76-2-404 permits for the use of lethal force when arresting an accused individual in specific instances under certain conditions.

Conducting a Warrants Search in Utah

Utah is a closed records state, which means that when it comes to obtaining information on a person’s criminal history, the general public has very few options open to them in this state. Here are a few illustrations: You should conduct your warrant search in a non-government-sponsored location rather than at a government-sponsored one. Getting in touch with the clerk of court’s office in order to receive information about a case that can be found in court records is a common occurrence. This database, which will contain all of the information about each and every case, will be maintained by the county clerk’s office. It will be accessible to the public. Even though it is more difficult now, obtaining a personal background record from the Utah Bureau of Criminal Identification is still possible. It is important for you to provide the necessary papers and costs to the Bureau of Criminal Identification in order to begin your search, which are given below. The use of a search order in the name of a third party is permissible for employers who work with vulnerable people or children, those who work in national security, those who have fiduciary responsibilities, and those who work for statutory agencies. A third-party release form will need to be signed by the prospective employee in order for you to get their contact information and background check results.

Utah criminal records are documents that contain information on a person’s criminal history and are kept on file in the state. These documents include arrest reports, as well as information on convictions and dispositions, as well as any other data referring to criminal conduct involving inhabitants of the state. Their primary source is local law enforcement agencies, which are also responsible for disseminating the records and other associated information in accordance with state statutes and regulations.

Utah arrest records are criminal records that chronicle the apprehension of individuals who are suspected to be engaging in illegal conduct while under the state’s jurisdiction, such as drug trafficking. A subject’s criminal history often includes information about the crime(s) in which he or she was involved, as well as procedural information such as current lawsuits, penalties, and occurrences of jail. According to Utah state legislation, criminal suspects may be detained if there is a reasonable suspicion that they committed the offense in question. The arrest and arrest records of a suspect may not be regarded as evidence of the suspect’s guilt unless and until the suspect’s conviction records are included in the arrest records. It is possible that the data contained in arrest records will differ from one subject to another, as well as from one jurisdiction to another, depending on how the record was generated.

Utah arrest warrants are legal documents that are issued and notarized by judges or magistrates on behalf of the municipal and state governments in the state of Utah. These documents give police officers the legal authority to arrest or detain the person or persons specified in the warrant, as well as to search for and seize the individual’s personal belongings, if they so choose. Typically, warrants indicate the nature of the offence, the date and time the suspect may be arrested, the terms of any bail or bond, and an estimated date on which the warrant will expire or be recalled, among other things. Bench warrants, on the other hand, have no defined expiration dates, and are often issued when a defendant fails to appear in court following a summons. The Utah Criminal Procedure Code, on the other hand, allows the police to detain a person suspected of committing a crime even if they do not have a warrant. The vast majority of the time, this occurs when a person commits a crime while an officer is there.