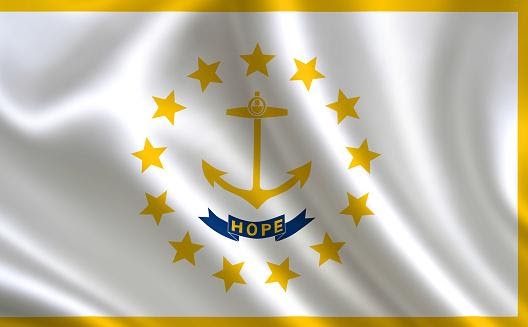 Under Rhode Island General Laws 12-6-1, any judicial officer who gets a complaint that alleges to the commission of a criminal offense should scrutinize the statements while under oath. Following this, the complainant will be required to put the accusatory instruments in writing in the presence of the offender or their representative.

A detailed description of the procedure for issuing arrest warrants can be found in Rhode Island General Laws 12-6-4. Upon submission of a recognizance with or without surety, or upon filing of a complaint while under oath, the magistrate or judge may issue a warrant of arrest, if the petition clearly shows sufficient evidence to warrant that an offense has occurred and the suspect was the perpetrator.

When active warrants are issued, these directives are accompanied by explicit instructions that the cops enforcing them are to present the suspect as soon as possible in court. In the event that there is no court session, the accused should be presented to the bench at the earliest possible chance following the absence of the court. The accused should be given the opportunity to appear in court for a bail hearing based on his capacity to submit the bond amount within 48 hours. If the court is not in session at the time the suspect will be taken into custody, before a review hearing is convened to determine whether or not the arrestee will be able to pay the fine by the court’s first date.

According to Rhode Island General Laws 12-6-7, the following are the criteria for arrest pursuant to the requirements of a warrant: When the judge grants active or bench warrants for the detainment of individuals who failed to show up in court, pay up a fine that is court-ordered fine, or are involved in unlawful acts, these warrants are given to authorities in the county where the person is detained. Even if a law enforcement officer does not know who issued him with the arrest warrant, the agent is obligated to present the arrested person in front of the judge so that he or she can be approached legally. In the same way that officers carrying out any other type of legal order, such as search warrants, are protected from attack and hindrance, so too are officers conducting search warrants.

Anyone arrested in the state of Rhode Island will need to pay $125 alongside any other payments imposed by the court system. This cash will be divided among law enforcement agencies belonging to the warrant squad, with a total of $25 being given to each of the organizations. The suspect may be released after being detained on the basis of a bench warrant, by paying the $125 payment in addition to the court fees or bail or mentioned in the warrant. In case a detainee is presented before any judge or magistrate authorized to issue warrants of arrest, the detainee may be discharged on bond or personal recognizance if the court is not in session.

A credible source of information on crime history in Rhode Island is the Adult Criminal Information Database, which is maintained by the state judiciary and is one of the most comprehensive databases in the country. The information in this repository is compiled from information gathered by the sheriff’s department, magistrate’s court or the clerk of court’s office. Court records for all civil and criminal heard by the Rhode Island judiciary, in addition to information regarding the parties involved, are available in the database. In contrast, court dockets for cases that went through the judicial system before to 1988 are not included in this repository’s collection of records.

It is possible to acquire access to this database by visiting the organization’s official website. Applicants have two alternatives when it comes to starting the warrant search. You can look for information about the accused by searching for his or her name or, their case number if it is available. A person can receive general information regarding the issuing and enforcement of warrants of arrest in the county by consulting a most wanted list, which can be found at police stations and on the websites of law enforcement agencies around the county. Visiting the Rhode Island Department of Corrections’ website (which can be accessed at) may be of assistance when seeking for arrest records in the state of Rhode Island. You can communicate with the Department of Corrections by contacting them at their physical addresses, which can be found on the websites of the Department of Corrections and the state courts.

State government agencies such as the state police, local law enforcement agencies such as the Sheriff’s office, and criminal justice departments such as the courts and the Department of Corrections are responsible for maintaining criminal records. In accordance with the Rhode Island Access to Public Records Act (APRA), any information pertaining to an arrest, conviction, trial, sentencing, incarceration, parole and probation, as well as additional sentences for supervision, are accessible to the public and can be obtained upon request. Anyone interested in learning more about a specific case can do so by visiting the website of the appropriate trial court. The Rhode Island judiciary maintains a public portal database that contains information on most adult criminal cases. This database is open to the public. A search can be started by selecting the ‘‘smart search” box and then putting the name of the party of interest into the text box that appears after clicking on the box.

In the United States, an arrest warrant is an official court order permitting law enforcement agents to detain and interrogate a suspect. When a judge issues an arrest warrant, it is because law enforcement has persuaded him or her that they have reasonable grounds to believe and substantial evidence that the individual named on the warrant has committed an offense or is related to one that is now being committed. A bench warrant is a form of arrest order that authorizes law enforcement authorities to bring a person who has skipped a court appearance date before the court where the court date was scheduled.