This comprehensive guide will take you through everything when it comes to matters Colorado arrest warrants, including how to conduct a warrant search in the state. 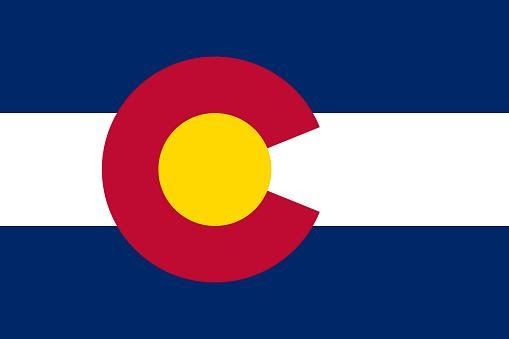 What Does an Arrest Record Refer to in the State of Colorado?

An arrest record is a government-issued document that contains information about a person who has been detained or arrested. It may also contain details regarding the incident that resulted in the arrest, as well as general information about the arrest and its surroundings. Given the fact that a majority of arrest records fall under the purview of public records, they can be accessed or examined by members of the general public in most instances. Some arrest records, however, may be restricted to the public for a variety of reasons, including arrest records associated with an active investigation, documents sealed by law, and records closed for public safety.

When a warrant for someone’s arrest is issued, it is an official document that gives law enforcement agents permission to hold or arrest the person or persons specified in the warrant. Generally speaking, arrest warrants in the state of Colorado are signed and granted by a magistrate or judge or on behalf of the various state and local governments. Police officers must give evidence or demonstrate reasonable cause that a crime happened in order to get a search warrant. In some instances, arrest warrants may be issued as a result of a grand jury investigation.

Details of a Colorado Arrest Warrant

Whenever an arrest warrant is issued, it typically contains specific information about that arrest, such as the names of the people who will be arrested, where they will be taken and when they will be taken, the crime that they are accused of committing, the specifics of the method by which they will be taken into custody, the name and signature of the judge who approved the warrant, and the date on which the warrant was issued.

When a court order is filed with the police, the officers are instructed to arrest and detain a suspect until the court convenes again in the future. A notification letter is sent to those who have been issued bench warrants by judges by the Municipal Court, informing them of their legal rights. Warrants are issued by the Municipal Court for a variety of reasons, including failure to appear in court on a particular court date as pledged in writing, or failure to comply with other court orders. Depending on the circumstances, the amount of bail will be established by the judge who issues the warrant (bond). In order to secure the detainee’s release from detention, a bond in the amount of the bail must be posted in his or her behalf. In addition, a $40 warrant service fee is levied on each warrant issued, in addition to the amount of bail set by the judge in each instance, for each warrant that is issued.

People who have missed their court appearance dates may still be subject to arrest warrants even though they have not been charged with a crime. If you have any questions concerning bail or other information, you can call the court at (719) 385-6153 or send an email to [email protected] (the link sends e-mail).

How To Resolve a Warrant

In order to settle a warrant, it is essential to show up in person before a clerk at the Municipal Court Building. If you are under the age of eighteen, you must be accompanied at all times by a parent or legal guardian.
Obtaining release from jail may be achievable if the bail value on the warrant has been set at $200 or less. This may be accomplished by makes arrangements for a new court appearance date to be made. If the amount of bail imposed is higher than $200, the entire amount of bail must be paid in full, and a bond ought to be posted for it to be released from detention. When posting a bail bond, either the defendant or another individual can do so by paying the entire sum in cash, or they can use the services of a commercial surety bail bonding agency to do it on their behalf.

In the second strategy, a bail bondsman arranges a person’s release from custody while also guaranteeing to assure that the subject will appear in court on a later date. For his services, the bail bondsman earns a premium that is non-refundable and must be paid directly to him. In contrast to public contracts, private contracts, such as those made between an individual and their bail bondsman, are not subject to judicial review. It is possible to get a list of licensed bail bond agents in the phone book by searching for “Bail Bonds.”

A criminal record is created when someone is arrested or convicted and is kept on file by the government in order to protect the general public. County and state authorities, trial courts, and correctional facilities from across the state of Colorado have all contributed to the collection of this information. Members of the public have the right to inspect or obtain access to public criminal records by submitting a written request to the proper government entity in line with state legislation, which includes the Colorado Open Records Act, as well as federal law (CORA). The quantity of criminal records information that is available on StateRecords.org varies from person to person, depending on their location. The reason for this is that different sources often have non-standardized state level protocols, storage categories, requirements, organization, and digitization techniques, making it difficult to compare and contrast them with one another.

Finding Criminal Records in the State of Colorado

Most criminal records are stored in an online repository, where they may be accessed by a variety of institutions, including police departments and courts. While each county has its own criteria for recollection, the vast majority of criminal records are stored in a html form. The Colorado Bureau of Investigation is responsible for maintaining a data warehouse for arrest records within the state.

Knowing whether or not you have an arrest warrant out for your arrest is crucial information to have. This could occur as a result of a traffic infraction or a failure to appear in court when summoned to do so, among other things. Another possibility is that you were involved in an illegal action for which a warrant (bench or arrest) had been given out by a court of justice. It’s important to remember that even if you aren’t served with a warrant, the law still wants you, which suggests that the police are on the prowl for you. To avoid having to wait, it is advisable to enquire and have the records properly corrected right away. One must, however, personally contact the local police station or the courts in order to determine whether or not there are any outstanding warrants. If you have any questions, you can also get in touch with the sheriff’s department.