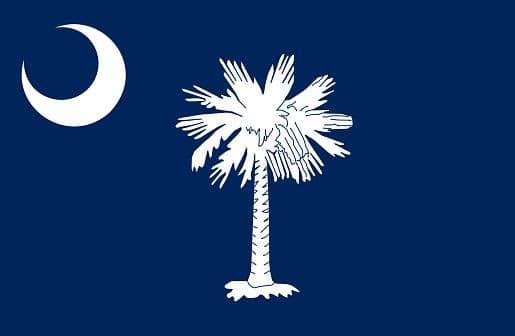 The South Carolina Code 22-5-110 specifies the procedure to be followed for arrest, examination, and the issuance of summonses in certain circumstances. The state criminal code states unequivocally that when a complaint is made before the justice by a member of law enforcement or a civilian against a person who is claimed to have committed a felony, the magistrate who hears the petition will order that the accused be taken into custody. Warrants of arrest are the legally mandated technique of ordering the imprisonment of an accused person until such time as he or she can be brought before a court of law.

Within the geographical boundaries of a particular county, the presiding magistrate is required by law to charge people who are guilty of offenses and to bind those who are accused of committing a felony beyond the county’s geographical boundaries to appear in court for trial. A courtesy summons will be issued to those who have been charged with misdemeanors, and they will be required to appear in court before an arrest warrant can be issued against them for the offense.

According to the Fourth Amendment requirements of proving probable cause and the South Carolina penal law, arrest warrants are issued in accordance with the state’s penal code. Thus, when an affiant approaches the court with a declaration of offense, the procedure of issuing a warrant begins. It notifies the judiciary of the incident that occurred, the reasons why the complainant has concluded that it is a crime, the identity of the suspected offender and a description of the part that he played in the incident, and the names of any witnesses who witnessed the occurrence.

The magistrate has the obligation of deciding on this material in order to determine whether or not the data indicate fairly that the alleged criminal was the perpetrator of the offense. When it comes to the issuance of active warrants and search warrants, this technique is referred to as the establishment of probable cause, and it is a requirement under the law. Bench warrants, on the other hand, are issued without the need for an affidavit. These are issued in order to recapture offenders who have violated bail conditions or who have failed to comply with a court order.

In both circumstances, the court has sufficient information to issue an arrest warrant on its own initiative, rather than relying on a complainant, whether a civilian or a member of law enforcement, to file a petition seeking the judicial order in the first instance. Bench warrants are to be treated in the same manner as any other arrest warrant. The sole limitation is that they have restricted jurisdiction, which means that they expire after a certain amount of time and can only be served within the county in which they were issued, or at most, throughout the state of South Carolina.

According to South Carolina Code 23-15-50, the sheriff’s officers are responsible for apprehending any and all individuals who have outstanding warrants against them in their names. If the warrant was issued in connection with a misdemeanor, the amount of bail will be included in the conditions of release specified in the order of release. Offenders who are able to post bond will be released in accordance with the terms of the court order. Warrants for arrests that have been released in felony cases, on the other hand, do not contain any conditions for release. In such cases, offenders who have been apprehended and taken into custody must be brought before a court of law as soon as is reasonably reasonable. Bench warrants are subject to the same rules as misdemeanor arrest orders, which are outlined below.

The Crime History Access Program (CATCH), which is administered by the South Carolina Law Enforcement Division, sometimes known by the name SLED, is available to civilian applicants. In exchange for a charge of $25 per query, information about arrest records and outstanding warrants is made available to the public. The first and last name of the subject, as well as his social security number and date of birth, are required in order to conduct a warrant search through the State Law Enforcement Division. A self-addressed, stamped envelope and a $25 check are required to begin your inquiry through the CATCH program. You can also download the form, complete it, and mail it along with the required documents.

To conduct an online warrant search, you will need to go to the SLED’s official website at sled.sc.gov. You will need to provide your name and address. The SLED website also contains a list of the most sought criminals from various South Carolina law enforcement agencies, as well as a free sex offender registry, which can be used to obtain information about predatory criminals in your region if you live in a high-crime area. Despite the fact that the SLED website and their office contain all crime-related information, it is recommended that you contact the office of the clerk of court for information on civil cases. This judicial department keeps track of all civil and criminal cases that have been filed. Consequently, you may access information on warrants issued in the state as well as information on other legal processes such as arrest orders and conviction and verdict information for both criminal and non-criminal matters through their database of court dockets.

Criminal records are an official compilation of a person’s criminal history, which can be obtained by contacting the appropriate authorities. They are also referred to as a rap sheet since they comprise information gathered from trial courts, correctional facilities, and law enforcement organizations operating in municipal, county, and state authorities, among other sources. While the standard for criminal record collection and preservation differs from county to county, the vast majority of criminal records in South Carolina are arranged in online record depositories administered by the South Carolina Law Enforcement Division (South Carolina Law Enforcement).

An arrest record is a formal account of a person’s criminal history that is kept on file by the authorities. It offers information on whether or whether a person has been detained, apprehended, interrogated, or placed into protective custody. It may also be possible to obtain information from arrest records in South Carolina on whether or not a subject has been indicted or tried for any misdemeanor, felony, or any other type of offense. As stated in the South Carolina Code of Laws, a person can be arrested after being charged with a misdemeanor or after being charged with a felony where there is reasonable cause to think the person committed the offense. If an arrest warrant is issued, the offense that was committed must be brought before a court of law.

When a judge or magistrate signs and issues an arrest warrant on behalf of the local and state jurisdictions, it is known as a warrant of arrest in South Carolina. It gives law enforcement agents the authority to arrest or detain the person(s) specified in the warrant at their discretion. Warrants may also be issued by a grand jury in certain circumstances.