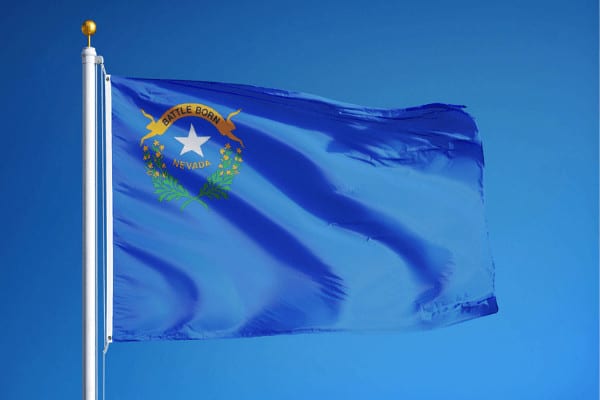 Total number of incarcerated in Nevada

No. of incarcerated per adult population in Nevada

No. of incarcerated per total population in Nevada

Known for the major city of Las Vegas, Nevada is an American state located in the western region. Its name comes from a Spanish word that means snow-covered. Though Las Vegas is the state’s largest city, other big cities include Washoe and Carson City. More than 2.7 million people live in Nevada, which makes it the nation’s 32nd most populous state. It also ranks as the seventh-largest state, with a size of more than 110,000 square miles. Originally known as the Nevada Territory, it became the 36th state on October 31, 1864. Many refer to it as The Silver State or The Sagebrush State.

The Nevada DOC maintains digital records that you can search online to find inmates housed in the state.

Step 1: Visit the Nevada DOC search page. Read through the terms and conditions before searching.

Step 3: Scroll down to view the search results, which appear in an alphabetical listing. You can also view the institution that houses each inmate and more information. 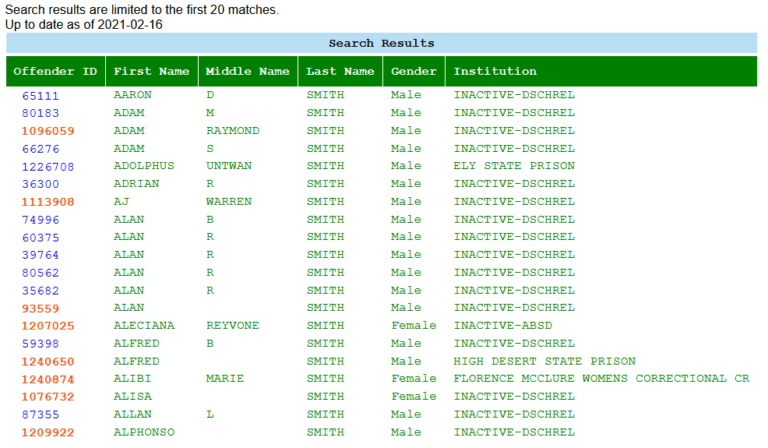 Step 4: Click on the Nevada offender’s name to view their full record. When you hover your mouse over their name, the site will let you see their picture to make sure that you choose the right person.

Another way to search for offenders in Nevada is through the sex offender registry.

Step 1: Visit the Nevada sex offender registry. Read through the conditions of use and click to show that you agree to follow the conditions. 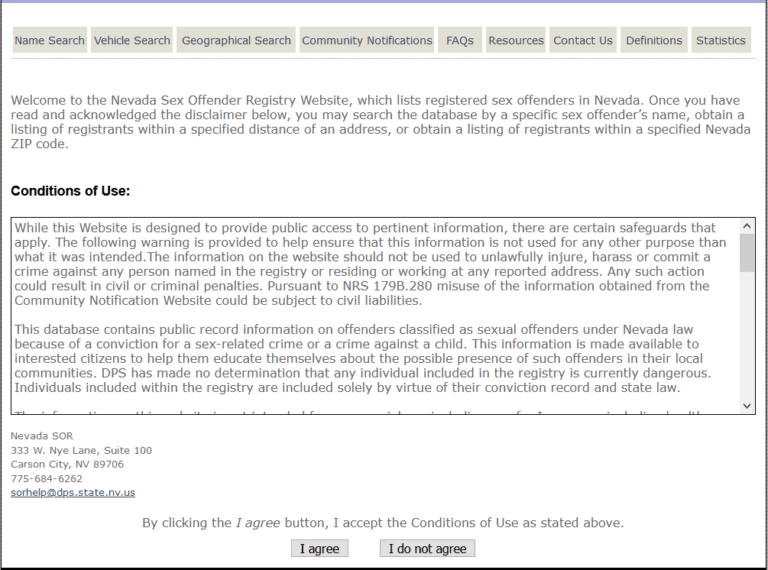 Step 2: Complete the captcha step to begin your search.

Step 3: Type the offender’s last name in the search box along with their first name to narrow down your results.

Step 4: See the results to view compliant along with non-compliant offenders. The Nevada DOC also lets you view the results on a map of the state. 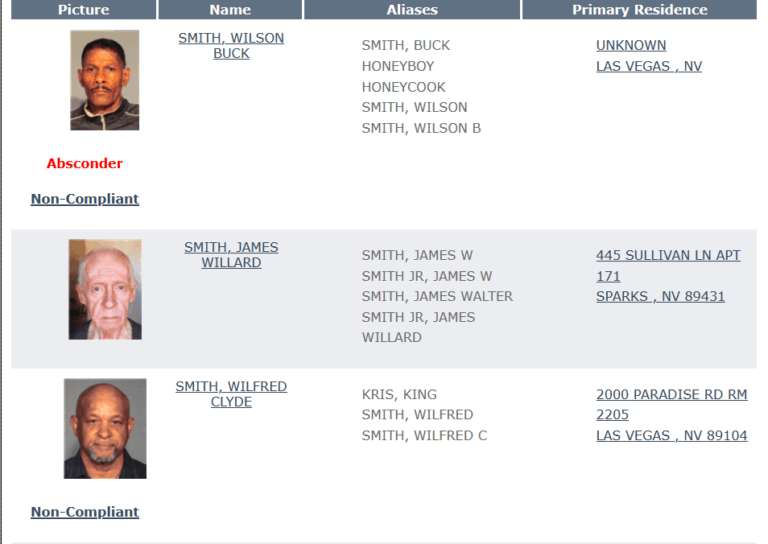 Step 5: Click on one of the names on the list to view their complete Nevada DOC record. This helps you view photos along with information about where they live and the crimes they committed. 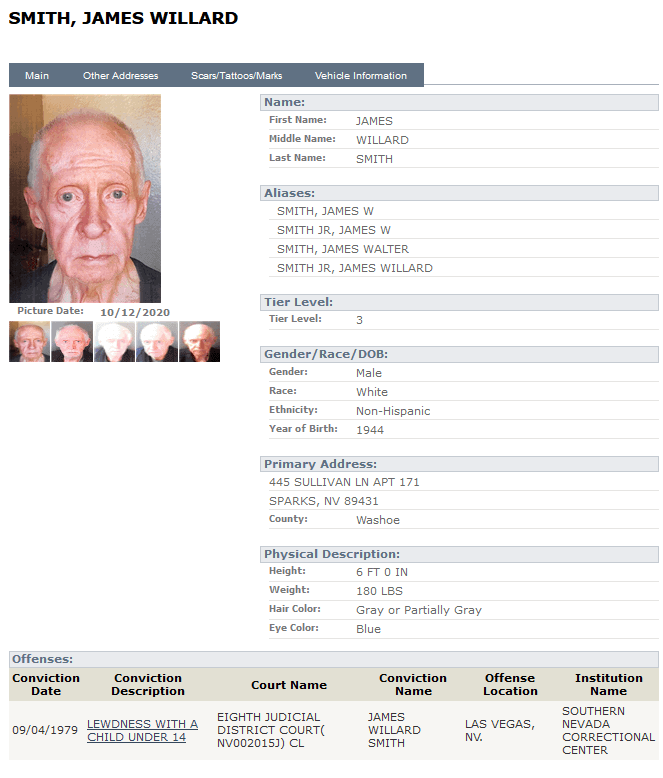 If you know someone incarcerated in Nevada, you can use our resources to find them and read their records. You may want to contact one or more of the facilities in the state, too. This lets you learn about visiting hours and find other information. We included a table below that shows all of the correctional facilities in Nevada.