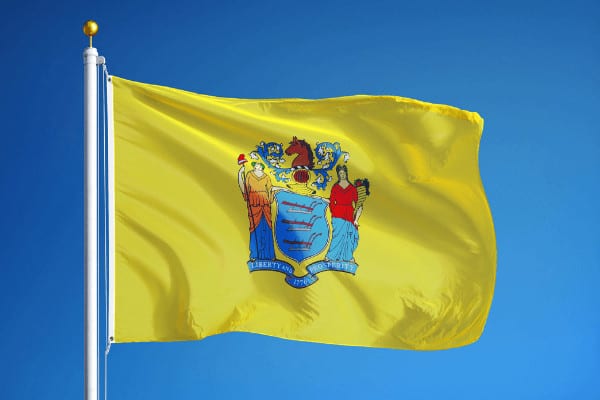 No. of incarcerated per adult population in New Jersey

No. of incarcerated per total population in New Jersey

Located on the Atlantic Ocean, New Jersey is part of both the Northeastern and Mid-Atlantic regions. Though Dutch settlers were among the first to arrive, those who lived there sided with the British until the Revolutionary War, which was when it became one of the 13 original colonies. New Jersey became the third American state on December 18, 1787. Known as The Garden State, it is home to big cities such as Trenton, Newark, Jersey City and Atlantic City, which is also one of its largest tourist destinations. New Jersey ranks at number 11 on a list of the nation’s most populous states and ranks 47th on the list of states with the largest landmass.

The Inmate Search page from the NJDOC is the easiest way to find inmates in the state.

Step 1: Visit the Inmate Search page. You must first read the disclaimer and click to show that you both read and agree to follow it. 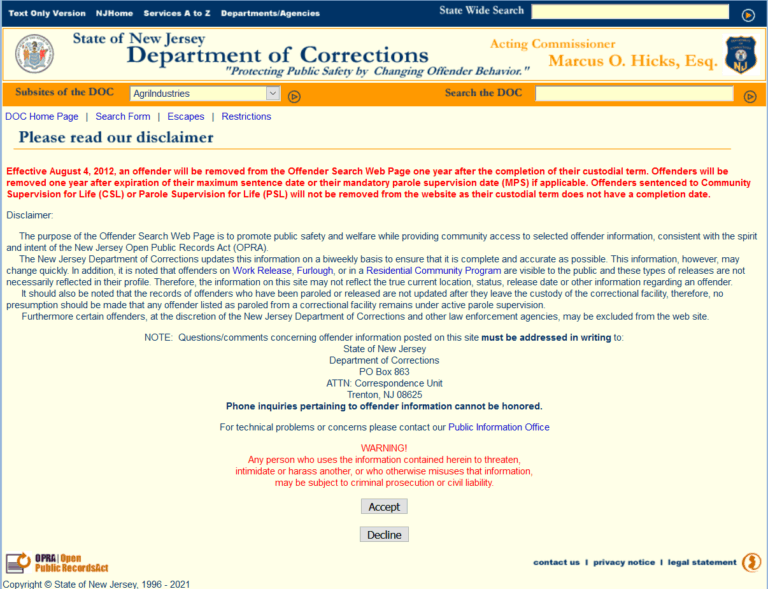 Step 2: Use the search parameters to find the right person. While you can enter just their name, you can also choose a race, hair color, eye color and other information. The New Jersey DOC also lets you view only records that include photos and check for those who escaped from facilities. 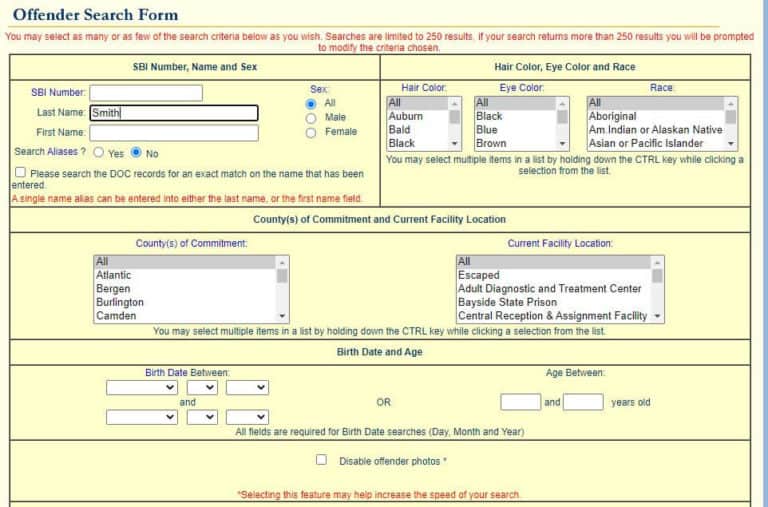 Step 3: Look over the matching offenders to find the person you need. You can view a small photo and some general information, too.

Step 4: Click on the name of the offender to load their official record. This lets you see all of the crimes that they committed along with their sentences.

Step 1: Visit the New Jersey sex offender registry. You should then scroll down to the bottom of the page and scroll down to accept the terms and conditions.

Step 2: Choose how you want to search and enter your information. New Jersey lets you enter an address to find offenders who live near you or look for those with a certain name. 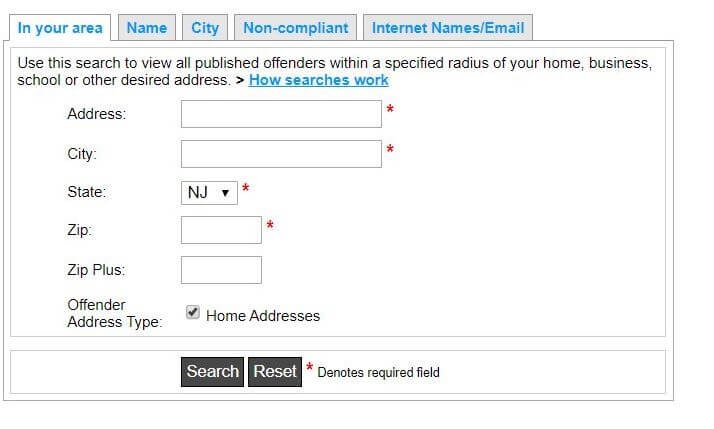 Step 3: View the inmates who match your search. New Jersey shows you a small photo along with biographical information to help you find the right person.

Step 4: Click on the name that interests you to learn more. This lets you see the full record of the inmate and view the facility that houses them. 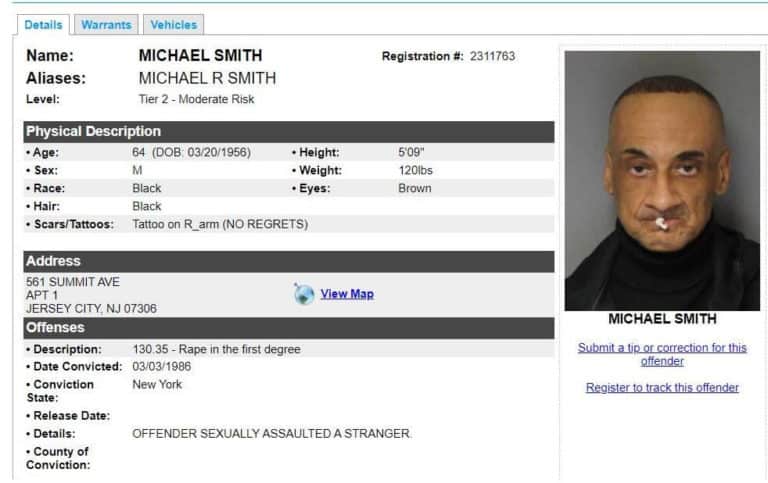 Sending a letter to someone in a New Jersey facility is easy when you use the information found below. You can also use that information to learn more about visiting hours.